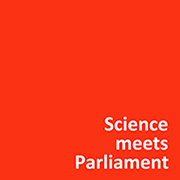 Note that delegates are selected and sent by organisations that are members of Science & Technology Australia.

You must submit your request to attend through your membership organisation. Click above to see if your association/organisation is eligible.

On 21-22 March 2017, Science meets Parliament turns 18 in a position of strength and with the respect of both the STEM and the political sectors.

From its very beginning, Science meets Parliament has enjoyed strong support – at the inaugural event in 1999, the Senate passed a resolution declaring the day “Science Meets Parliament Day” and urging “all political parties to recognise the importance of science to this nation’s future, economically, socially, culturally and environmentally”. In the years since, Science meets Parliament has become a keenly anticipated annual highlight of the Federal Parliamentary calendar, and has continued to provide outstanding opportunities to elevate visibility, awareness and understanding of STEM in Federal Parliament and Federal Government departments.

Science meets Parliament 2017 comes at a time when science, technology, engineering and mathematics are high on the political agenda. To be held on 21 and 22 March while Parliament is sitting, SmP 2017 will build on the strong tradition of fostering relationships and understanding between scientists and technologists, MPs and Senators.

Attendees at SmP 2016 described it as “an awesome primer”, “a very useful opportunity to engage with important political stakeholders” and “an excellent experience to develop skills and network at the highest levels”.

The two-day gathering of up to 200 scientists in Canberra includes a day of professional development, a gala dinner in the Great Hall of Parliament, a televised National Press Club address, and a day at Parliament House, where delegates meet privately with parliamentarians, attend a parliamentary forum and conclude with a farewell cocktail party with the Parliamentary Friends of Science.

We look forward to seeing you at Science meets Parliament!

Thanks to our sponsors

Department of Industry, Innovation and Science

Australian Academy of Technology and Engineering