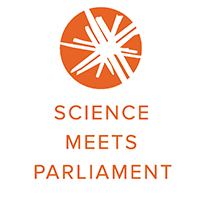 To find out what happened at the 2018 event, read our wrap stories on Day One, Day Two and Professor Emma Johnston's National Press Club Address.

In 2018, Science meets Parliament offers science, technology, engineering and mathematics (STEM) professionals the chance to build a profile for their important work as we approach another federal election cycle.

To be held from 13 – 14 February while Parliament is sitting, the 2018 event will build on the strong tradition of fostering relationships and understanding between scientists and technologists, MPs and Senators.

Attendees at last year’s event described it as “a fantastic opportunity to see the inside operation of our Government”, “a rewarding experience” and “very motivational and educational”.

Why should I attend?

STA will work with delegates at Science meets Parliament to build understanding and connections between federal parliamentarians and those working in science and technology, to ensure science stays on the agenda at this critical time.

From its very beginning, Science meets Parliament has enjoyed strong support – at the inaugural event in 1999, the Senate passed a resolution declaring the day “Science Meets Parliament Day” and urging “all political parties to recognise the importance of science to this nation’s future, economically, socially, culturally and environmentally”. Last year the Senate once more formally recognised the importance of this annual occasion.

Science meets Parliament has become a keenly anticipated annual highlight of the Federal Parliamentary calendar, and has continued to provide outstanding opportunities to elevate visibility, awareness and understanding of STEM in Federal Parliament and Federal Government departments.

How does the event work?

The two-day gathering of up to 200 scientist & technologists in Canberra includes a day of professional development, a gala dinner in the Great Hall of Parliament, a televised National Press Club lunch, and a day at Parliament House, where delegates meet privately in small groups of 3 - 5 with parliamentarians, attend a parliamentary forum and finally a farewell networking cocktails with the Parliamentary Friends of Science.

How do I register?

Delegates who are members of STA’s members and affiliates and who have an interest in leadership, politics and policy are strongly encouraged to apply to their society or association to attend.

Special thanks to our major supporter, the Department of Innovation, Industry and Science.