Science & Technology Australia is delighted to announce the appointments of impressive science and research leaders to its sector-leading STEM Sector Policy Committee and Equity, Diversity and Inclusion Committee.

“Science & Technology Australia is thrilled to welcome our newest committee members, and congratulate those re-appointed. They bring vast experience, deep expertise, and a strong drive to contribute to the work of STA,” said STA President Professor Mark Hutchinson.

“These STA STEM-sector committees play a crucial role to inform the highly influential advocacy of Science & Technology Australia, strengthening our leadership for the science, technology, engineering and mathematics community.”

“We are delighted that so many impressive science and research leaders have put their hands up to serve. Their deep expertise and insights will be invaluable to the work ahead.”

“STA records its deep thanks to outgoing STEM Sector Policy Committee members Dr Kathy Nicholson (who has served as STA’s Deputy Policy Chair), Dr Pallave Dasari, and Professor Megan Munsie. They have made a huge contribution to STA’s deep policy work, and to our STA STEM Ambassadors program.”

Kate has worked in research administration at Monash University and The University of Melbourne since 2014, predominantly on Australian Research Council and government grant schemes. She has extensive experience in the administration of major publicly funded research projects and since 2017 she has managed three major ARC initiatives including an Industrial Transformation Research Project and two Centres of Excellences in the role of Chief Operating Officer. She has been at Exciton Science since July 2019, and prior to that, also in the Faculty of Science at The University of Melbourne, with the ARC Centre of Excellence for Mathematical and Statistical Frontiers. Kate holds a Bachelor of Arts (Hons), a Master of Arts (Philosophy) and a Master of Laws (Juris Doctor) from Monash University, and a Graduate Diploma of Legal Practice from the ANU. 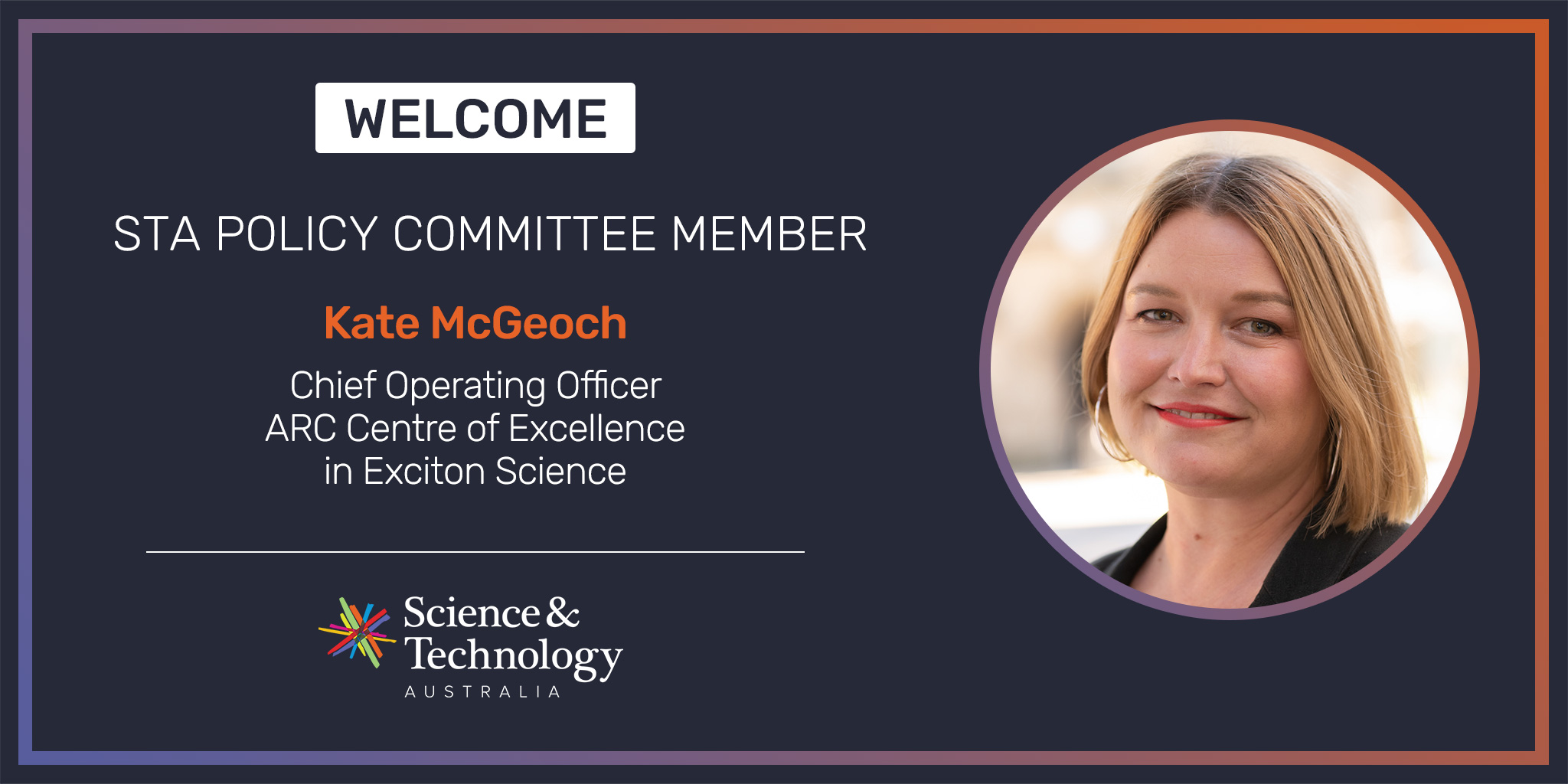 Vanessa is a soil scientist in the School of Earth, Atmosphere and Environment at Monash University and accredited as a Certified Professional Soil Scientist. She collaborates widely in her research with organisations on natural resource management issues including Corangamite Catchment Management Authority, Loy Yang Power, Barwon Water, Victorian Department of Environment, Land, Water and Planning and organisations in the private sector.  She is the current President of Soil Science Australia, the professional association for soil scientists, science facilitator in the Homeward Bound program, editor-in-chief of the journal Land Degradation and Development and Vice Chair of the Acid Sulfate Soil Working Group of the International Union of Soil Science. 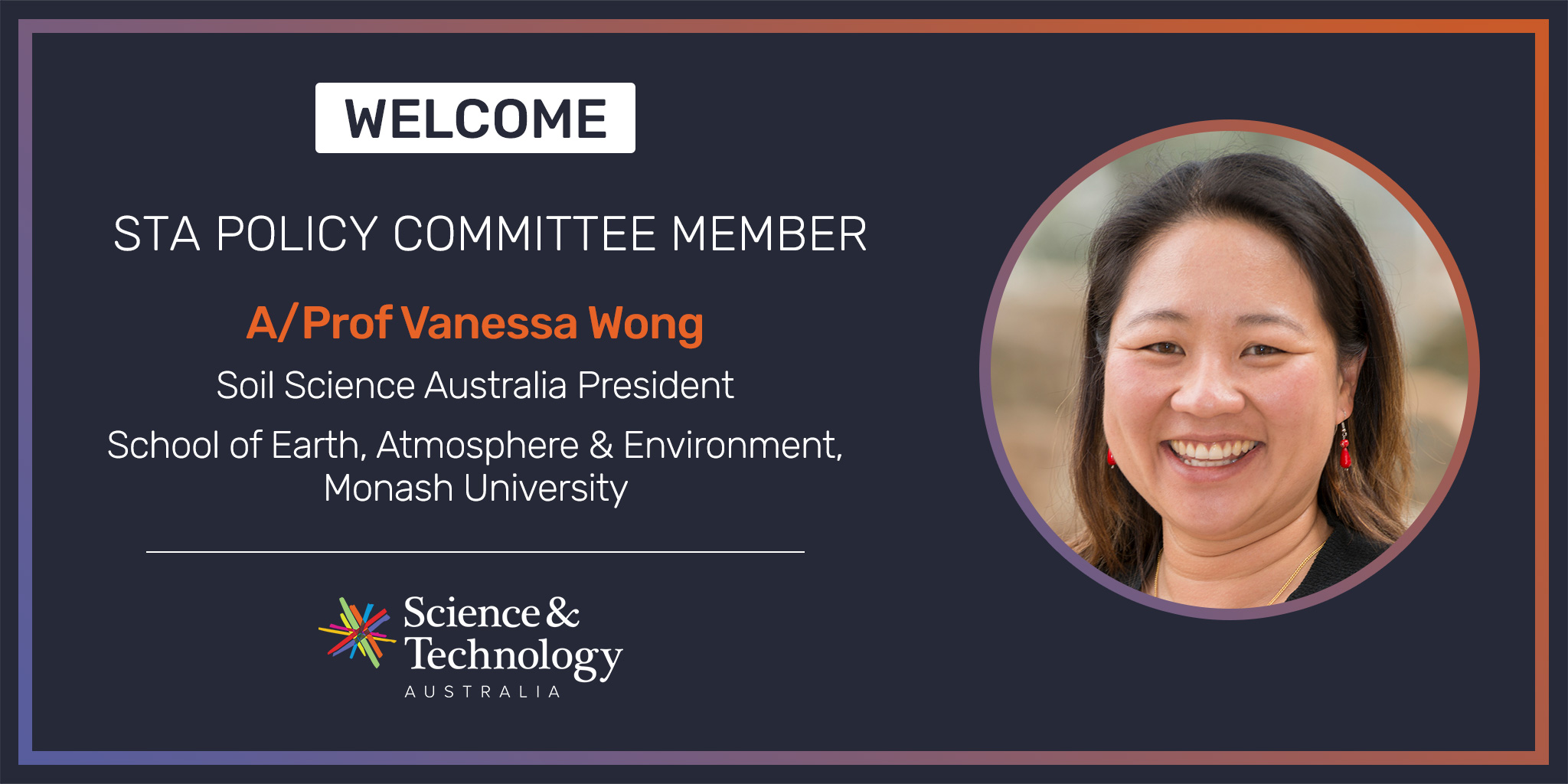 Miloš Tanurdžić
Senior Lecturer in Genetics and Genomics, School of Biological Sciences
The University of Queensland

Miloš is a teaching and research academic at The University of Queensland, where he teaches genetics, genomics, and plant developmental biology across all levels of instruction and runs a research group that focuses on gene regulatory networks and chromatin-based gene regulatory mechanisms in plant development. Before starting at UQ in 2012, he was a postdoctoral fellow at Cold Spring Harbor Laboratory in New York. He obtained his PhD in Genetics in 2004 from Purdue University. His first degree is in Biology, from the University of Novi Sad (Serbia). He is a Queensland representative for the Genetics Society of Australiasia. 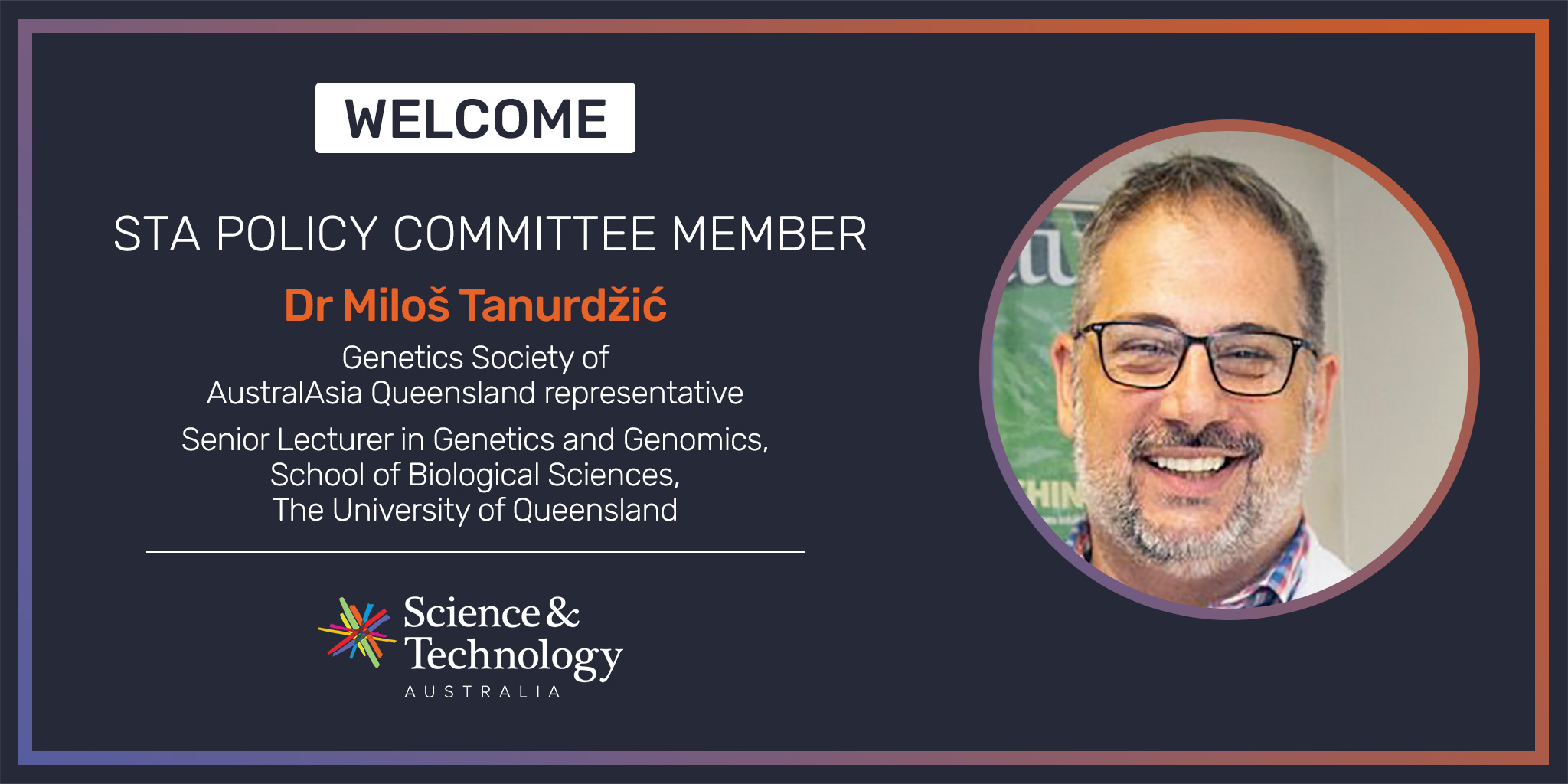 Kate is a Steering Committee Member of the Inclusion Diversity, Equity in Astronomy (IDEA) Chapter of the Astronomical Society of Australia, and the Chief Operating Officer (COO) of Space and Astronomy at CSIRO, Australia’s national science agency, where she is an active member of its Diversity and Inclusion Committee. For more than two decades she has worked across multiple industries spanning health, education, services, and science. In her current role Kate works across the national and international astronomy and space sectors. As COO she oversees CSIRO’s work in four main areas: operating large spacecraft tracking contracts with NASA and the European Space Agency; managing the Australia Telescope National Facility; growing CSIRO’s Earth observation and space program; and partnering with the SKA Observatory to build and operate one of the world’s largest radio telescopes. 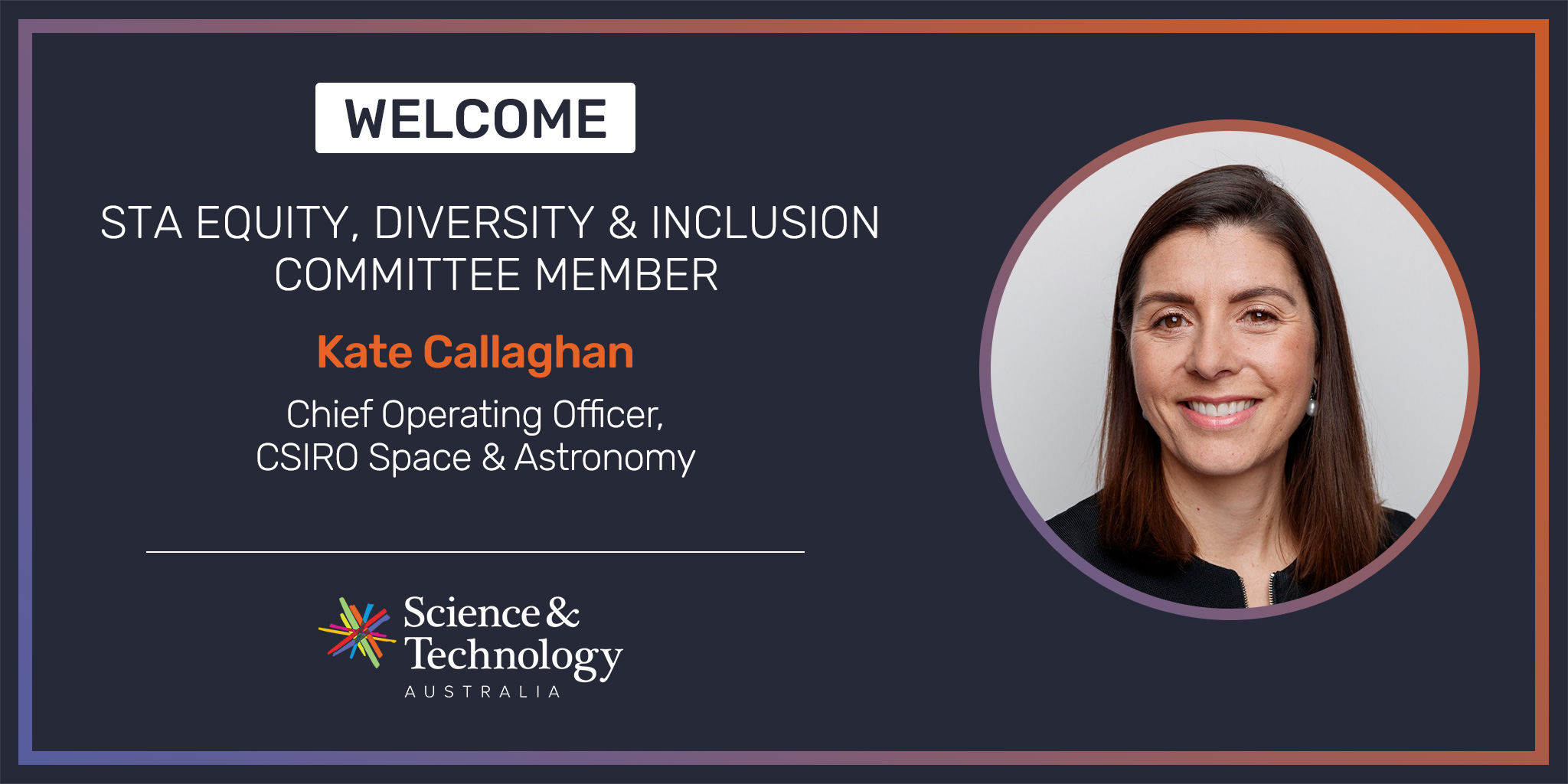 A passionate advocate for women in STEM, Muneera was announced as the ‘Most Influential Asian-Australian Under 40’ in 2019 and is a current Superstar of STEM. She has been recognised by the Government of Pakistan as under-40 leader as Pakistani-Australian in ‘Science and Innovation’ with Pakistan Foreign Minister’s Honour List 2021 for her extraordinary leadership in science; and the leadership role she plays in enhancing and advancing diversity and inclusion in STEM. Muneera was a finalist for Google Australia’s Anita Borg Award for Women in Computer Science, Asia-Pacific 2015, the recipient of Schlumberger’s Faculty For The Future Award for Women in STEM (2014-2015), and was given the Distinguished Research Paper Award at International Requirements Engineering Conference in 2018. Muneera graduated from the University of Technology Sydney in 2015 with a PhD in Software Engineering. 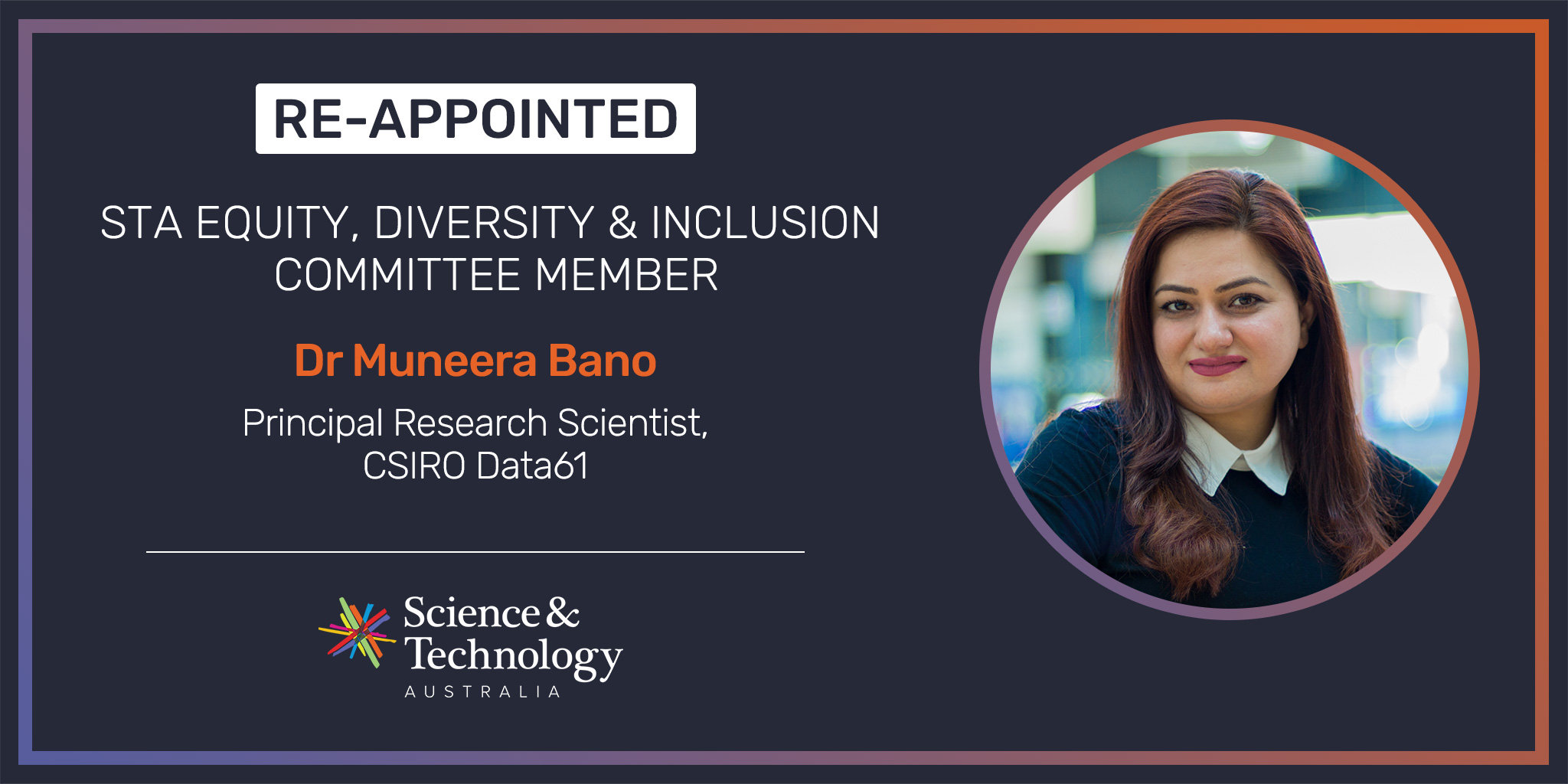 Sumeet is an innovator and serial inventor who is passionate about using technology as a vehicle to make people’s lives better. Over the years, he has worked to create systemic change in university-industry engagement and Equity, Diversity, Inclusion and access in Australian STEM. He leads a diverse team at RMIT University that focuses on developing technology for solving critical health, energy and manufacturing challenges. His leadership has been recognised through multiple national and international awards including the Victorian Young Achiever of the Year for Research Impact in 2017, Most innovative engineers in Australia by Engineers Australia, and the MIT Technology Review’s top 10 Young Innovators in the Asia Pacific. 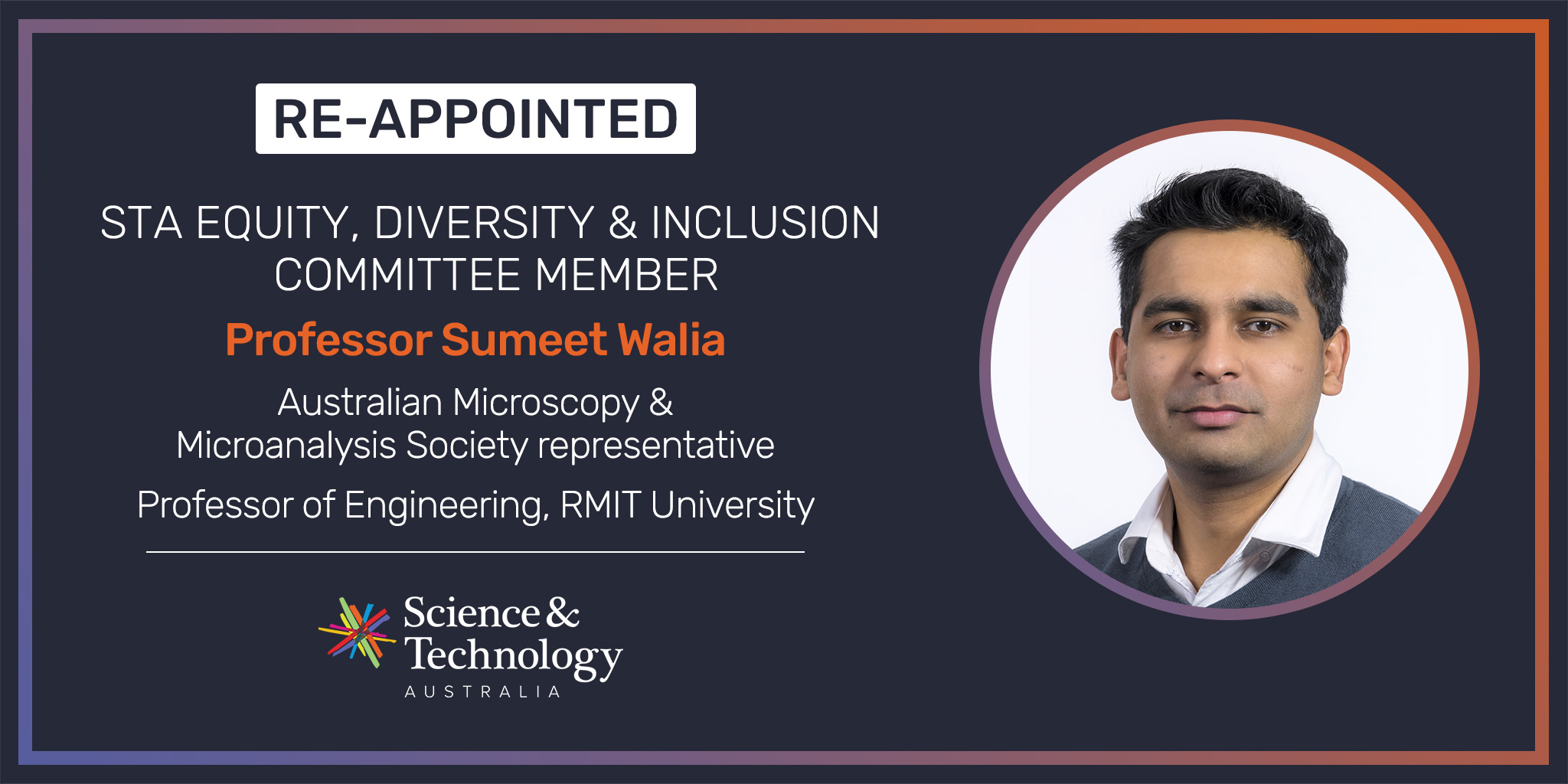 Corey Tutt is a proud Gomeroi man, CEO and founder of Deadly Science, and 2020 Young Australian of the Year for New South Wales. DeadlyScience provides science resources, mentoring and training to over 180 remote and regional schools across Australia with a particular focus on Aboriginal and Torres Strait Islander communities. When Corey found out there were remote schools in Australia with hardly any STEM resources he set out to make change. To date, Deadly Science has provided over 16,000 culturally appropriate books focused on STEM (Science, Technology, Engineering and Mathematics) as well as telescopes, microscopes, Lego and other equipment to spark student interest. Schools involved with DeadlyScience have reported a 25 per cent increase in engagement in STEM and increased attendance. 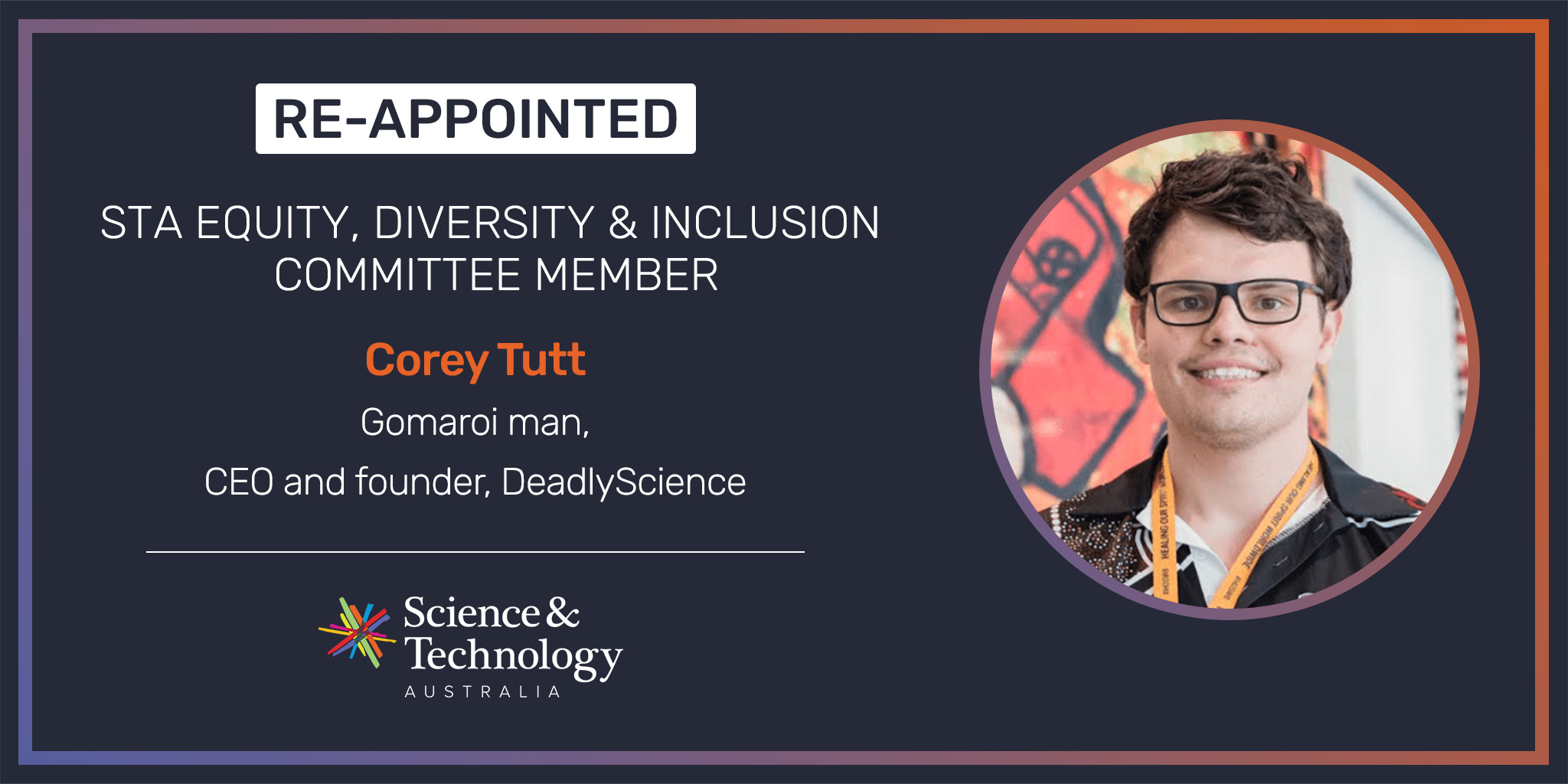