Average salaries for scientists across Australia have grown in the past year, but issues of gender pay gap, discrimination and sexual harassment persist for women in the science, technology, engineering and mathematics (STEM) sectors, according to an annual national survey.

There has been a small improvement in reducing the gender pay gap compared with last year’s survey results, but women in STEM are still paid 13.8 per cent less than their male colleagues (down from 14.1 per cent last year).

“We’re pleased that average wages for STEM professionals have grown modestly, but we must ensure that wage increases are delivered equitably across the workforce so that women do not continue to lag behind their male counterparts,” Ms Walker said.

“The gender pay gap is historic and persistent. There is still work to do to address structural and systemic inequities, and we must take bold action if we are to see meaningful change in the future.”

“It is important that those at the front line of creating and applying new knowledge enjoy safe, fair and inclusive working conditions,” she said.

“If we are to attract bright, creative and committed people to the sector, we must ensure a diverse and sustainable workforce so that a career in STEM remains an attractive and viable proposition.

The Professional Scientists Employment & Remuneration Report is Australia’s most comprehensive snapshot of science and technology pay and working conditions. 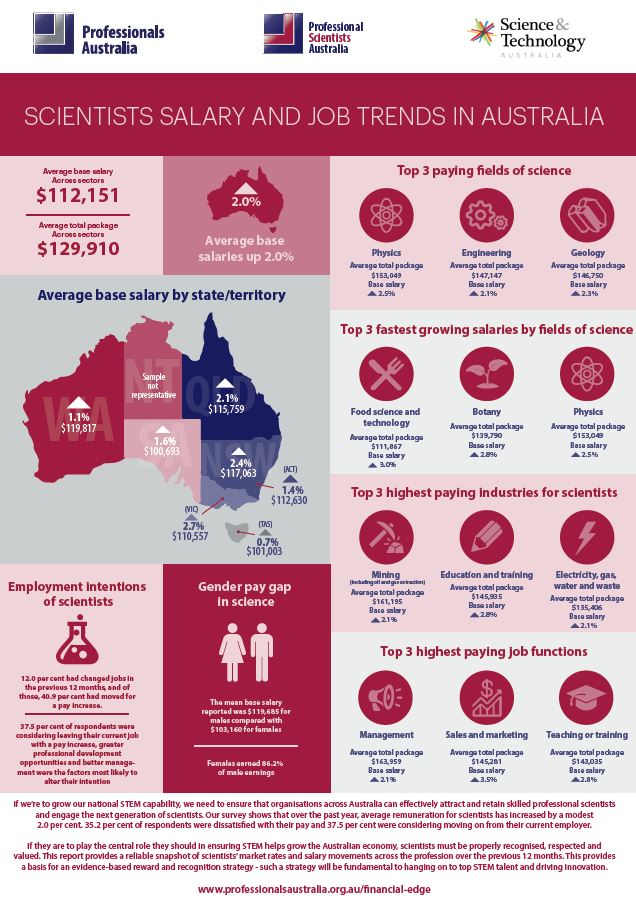